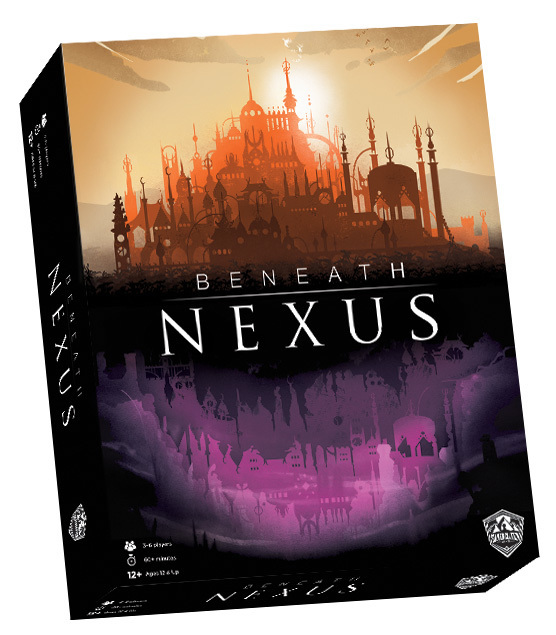 An easy to learn card game which lets the players step into the roles of fearless Heroes and terrifying Blight Lords.

Beneath Nexus is an asymmetrical dungeon crawling card game. One player will take control of 1 of the 4 Blight Lords, the evil rulers of the ancient city of Nexus who helped bring about its downfall thousands of years ago. The other players will take control of the 6 Heroes who have come to the city to reclaim it. Some of them seek treasure, others glory, and some vengeance, but they all share the same goal of vanquishing the fiendish Blight Lords.

The Heroes will explore the city, encountering ancient crypts, nests of vicious creatures, halls of long-forgotten magic, and terrifying monsters. At every turn the Blight Lord will try and hinder their progress with powerful Blight Spells cast from the shadows and their host of corrupted monsters and beasts, many of whom were once the citizens of the ancient city.

Save this product for later
Display prices in: USD